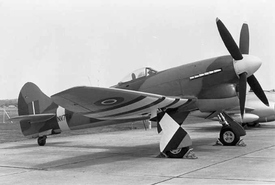 If you hadn't heard, webloggers are in the news again, this time after one got kicked out of the press box at an Oilers game.
Some would say this is not a journalist vs blogger pissing match, but journos and PR reps alike are pulling out the same tired old tropes. There's definitely some serious antagonism and holier than thou 'tude floating around.
Elliotte Friedman:

You can write whatever you want from your couch. If you never have to show your face, there are no repercussions. No one is going to call you on something face-to-face.

JJ Hebert of the Oilers, being the professional that is, wished Zack Stortini on David: "I'd like him (Berry) to go talk to Zack after. There might not be much talking!" (Staples piece.) It's telling that Hebert is behaving exactly as he would say us "non-professionals" do.
Friedman and Hebert represent polar opposites; most, of course, fall somewhere in the middle.
One thing that bugs me and I've yet to see is: what. on. earth. does going to journalism school and "earning your stripes" have to do with whether or not somebody should (or should not) be in a press box? In other words, what makes journalists so special?
What's different about journalists? I can think of three arguments, only one of which makes any degree of sense. The first is that you are, by definition, a "professional." I'm happy to say that you don't need a degree in something to be a professional in that field. I make a decent living as a system administrator with a Bachelor of Arts in history. You're a professional because you get paid to do something you're good at, and no degree automatically grants either the paycheque or the ability.
The second argument is that you need to "put the time in." Sounds like something journalists say to make themselves feel better over having had to do the same crappy work they're wishing on everybody else. Don't buy it. Sure, you've got to walk before you can run, but some people catch on to running more quickly than others. The reaction from some people is to try to help those run faster. The reaction from others is to tie irons to the runner's ankles and say whoah, you need to do the same crap I did first, sonny boy! 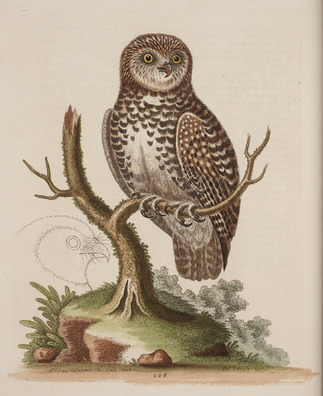 The third argument builds a bit on the first two, and it's that if David Berry had gone to the same schools as everybody else and put in the time at the same crappy jobs everybody else had, he'd have automatically known The Rules about a press pass. Sit down, shut up, and only ask questions when the people who got you the pass told the organisation you would. Indulge me for a moment. My profession takes a lot of flak for assuming that people know things, and for sneering at those who don't live up to our high standards of computing knowledge. A lot of that flak is well-deserved. See where I'm going? Maybe David could have been told The Rules up front. "You're a new guy, here's your pass, by the way, all you're allowed to do is to watch the game and get quotes," is probably all it would have taken.
When I'm looking for a good sportswriter, I care about what they write, and how they write it.
All I ask is that you write well. Write poorly, and you don't deserve to be read. I don't care where your degree is from or what obscure rituals you had to go through at your gig with Birdcage Liner Daily or who on the team will talk to you. I do read mc79 because he's got some interesting ways of looking at games and the players who play them. I do read James Mirtle, David Staples, and Lowetide because they can write coherently. There are a lot of people I do not read, both webloggers and mainstream "been there done that" types that Kevin Lowe has on his speed dial, because they can do neither. Either they never had the abilities in the first place, or they have long forgotten them.
I don't begrudge the Edmonton Oilers to make a profit from their endeavours. But if the Oilers want me, or anybody else, to go to their website first for "e-news" (or whatever that execrable term Watt used was), they need to make it worth my time. I'm not saying David Berry or anybody else in particular could do a better job of that than they are right now. I am saying that right now, they're halfway through the season, 13 points out of the playoffs, and they can't decide who should start in goal.
They could do much better. Yes, it's hard to sort the wheat from the chaff in the blog world. Somehow Ted Leonsis does it. Do the Oilers want to admit that they are, at best, second-best? At anything?
Jason Gregor is correct, of course: most blogs are horrible. What he left out is that most sports columns are equally horrible. The accountability he and most others talk about only means that the reporters are unlikely to relieve themselves in the same place they lay their heads at night; it's no guarantee of quality, intelligence, logic, or even all but a veneer of rational civilization. Somebody who willingly co-writes with a fella calling himself "Wanye Gretz" and posts Googled drunken party pictures, and another fella who may not actually "drop the F bomb" but is willing to all but hold up a sign saying it ought to remember that, and JJ Hebert and his ilk should look in the mirror while making accusations of attacking those who cannot defend themselves.
(That's a Hawker Tempest in the first photo, by the way. See what I did there? Yeah, I'm not above a little wordplay either.)