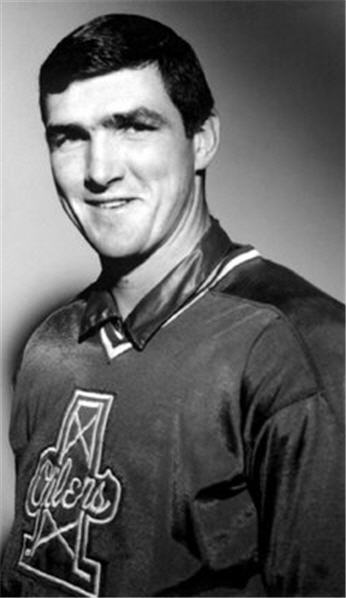 I'll admit it, the team sucking more than they've ever sucked before this year has also sucked the life out of me as far as talking about them goes. Lowetide's already addressed the high points of the year: Penner's mostly playing well, the numbers like him, and Gilbert's coming out of his funk a bit. I hope that management don't believe their own spin control though, that this season was hampered by injuries - if anything, it's been helped, if they'd won 5-10 more games they'd be even worse off than they are now. Let's be realistic, would Khabi+Souray+Hemsky have added more than that? Even 10 games seems wildly optimistic. That would be just enough to what, place them 27th or so?

But in the 1 April press conference, Quinn said something I haven't seen picked up elsewhere:

Q: You had a line of guys that were -3 that had a tough night together, so I guess we're still in a wait and see mode?

A: Well, I think... if it's based on the merit of one game, certainly two, or all three of those guys could come out, we could play shorthanded and have a better night, maybe. It's not always going to be based on just merit here . . . It'll be partly management's idea on what our future is.

That line was O'Sullivan, Brule, and Potulny, although the players mentioned specifically in the previous question were O'Sullivan and Moreau. Moreau was evens on the night, 11 minutes of even strength icetime and 2 shots, 2:58 of icetime on a penalty kill that actually looked pretty good against Detroit, 2 hits credited and 1 blocked shot. Still, thecaptain has to be feeling some intense pressure, even if he's not admitting to it.

Quinn's statement is interesting, in that it seems to me to be a fairly damning indictment of a) one of the more highly-paid players on the roster, and a pending free agent; b) one of the young guys that seems to sometimes fill a couple of holes on the roster; c) another younger guy who's received a lot of positive press this year; and d) team management and how they're allowing him to coach. I could write a lot about that line + Moreau, but a lot of it's been said already. I'll sum it up by saying that if Potulny's your answer to "Who can provide the Oilers with secondary scoring next year?", then next year's team will be as bad as this one's. I like the player, but he shouldn't be playing 10-15 minutes a night, much less feature on the power play.

Quinn went on to say that he felt Linglet's signing was a positive story for the team, that a guy who grinds it out in the AHL can get a chance. Yes, this is a feel-good story in a year that's been nearly entirely lacking in them, but so was Scott Ferguson on the blueline. Ferguson at least could be counted on to chip the puck out, more than you can say for anybody on the blue now, but 27 year olds who have never before played in the NHL taking somebody's roster spot doesn't say much about the roster you have available. This isn't management giving a young guy a shot; this is management telling the O'Sullivans and Moreaus of the team that they're just plain not good enough.

For Quinn, if team management really is telling - or even hinting at - him about who to play and who to sit, you have to wonder why it is they brought him and Tom Renney in, and you also have to wonder what that means for the next few years. Maybe I'm reading too much into a single quote, but I think this is a tell.  Next year should be interesting in the "Chinese Curse" sense of the word.  We Oilers fans don't need reality television, we get it delivered to us two to four times a week, courtesy NHL Centre Ice.