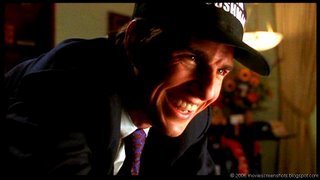 Tavares should sit down and wait his turn. The draft age has been challenged several times in professional hockey; Ken Linseman succesfully challenged the 20 year old draft age in the WHA. Most recently Phil Kessel challenged it (a fact of which I had not been aware) in an attempt to be drafted in 2005. The US Supreme Court overturned a lower court's decision to find against the NHL on the grounds of antitrust regulations. I'm not sure what grounds Tavares's lawyer intends to use, but presumably not those ones, since the Kessel case is still fairly recent and any lower court is presumably going to look to a Supreme Court decision. (The masochistic among you can read the decision by Googling "nhl draft age 20 18 lowered court 1980"; the top hit for me resulted in the following link. Warning: Word doc, you can see the HTML version in Google's cache here, perhaps.)

It's funny though, I seem to recall Tavares saying earlier that he was just going to let things go as they would, and that he wasn't interested in this sort of thing, and so on. I mean, yeah, he's allowed to change his mind, but I can't help but think he was being coached as to what to say (as most hockey players seem to be). Floating trial balloons and letting the agent take the flak, maybe? Tavares now says: "Being drafted with a lot of these guys into the CHL and seeing them moving on, learning and growing and getting experience with NHL teams and pro teams, it's tough on me sometimes to watch and wait.'' Yeah, I remember being 16 too - it was tough to wait. That's life. I can see this one going up on locker room walls though: "Obviously I want to be challenged and that's the big issue.'' Hm, the OHL isn't challenging enough? True as it may be, sounds like a challenge to opposing players to try to run him out of the rink.

At any rate, while Tavares and his agent can legitimately make a claim that his short and long term income will be affected by this, I'm not certain that ought to be sufficient grounds to allow him to be drafted early. Plenty of businesses have plenty of reasons for excluding people from employment, and as his agent says himself, he could always sign in Europe. The NHL is *not* preventing him from making a living playing hockey.
(Image courtesy moviescreenshots.blogspot.com.)