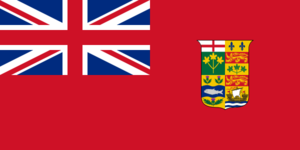 My boss told me about a letter he'd received and briefly summarized the content. (I should note he was fairly disgusted by the content; somebody he knew had forwarded it to him.) I'm interested in "common-sense" views of things like justice and philosophy, but as a (former) historian I'm also interested in the misuse and misunderstanding of history. The letter I will discuss is a prime example of both. While I won't claim that the content of the letter is necessarily commonly accepted, I will claim that it's full of a lot of the semi-historical tripe that probably resonates more strongly with our fellow citizens than we might like to think.
The following is slightly edited for formatting, but not at all for content:

A Letter to the Editor
So many letter writers have explained how this land is made up of immigrants. Maybe we should turn to our history books and point out to people why today's Canadian is not willing to accept the new kind of immigrant any longer.
Back in 1900 when there was a rush from all areas of Europe to come to Canada, people had to get off a ship and stand in a long line in Halifax and be documented. Some would even get down on their hands and knees and kiss the ground.
They made a pledge to uphold the laws and support their new country in good and bad times. They made learning English a primary rule in their new Canadian households and some even changed their names to blend in with their new home. They had waved good bye to their birthplace to give their children anew life and did everything in their power to help their children assimilate into one culture.
Nothing was handed to them. No free lunches, no welfare, no labour laws to protect them. All they had were the skills, craftsmanship and desire they had brought with them to trade for a future of prosperity.
Most of their children came of age when World War II broke out. Canadians fought along side men whose parents had come straight over from Germany , Italy, France, Japan , Czechoslovakia , Russia, Sweden, Poland and so many other places. None of these first generation Canadians ever gave any thought about what country their parents had come from. They were Canadians fighting Hitler, Mussolini and the Emperor of Japan. They were defending their freedom as one people.
When we liberated France, no-one in those villages was looking for the Ukrainian-Canadian or the German-Canadian or the Irish-Canadian. The people [of - sic] France saw only Canadians.
And we carried one flag that represented our country. Not one of those immigrant sons would have thought about picking up another country's flag and waving it to represent who they were. It would have been a disgrace to their parents who had sacrificed so much to be here. These immigrants truly knew what it meant to be a Canadian. They stirred the melting pot into one red and white bowl.
And here we are in 2008 with a new kind of immigrant who wants the same rights and privileges. Only they want to achieve it immediately and by playing with a different set of rules, one that includes a Canadian passport and a guarantee of being faithful to their mother country.
I'm sorry, that's not what being a Canadian is all about. Canadians have been very open-hearted and open-minded regarding immigrants, whether they were fleeing poverty, dictatorship, persecution, or whatever else makes us think of those aforementioned immigrants who truly did adopt our country, and our flag and our morals and our customs. They left their wars, hatred, and divisions behind.
I believe that the immigrants who landed in Canada with those principles deserve better than that for the toil, hard work and sacrifice as they searched for a better life. I think they would be appalled that they are being used as an example by those waving foreign country flags, fighting foreign battles on our soil, making Canadians change to suit their religions and cultures, and wanting to change our countries fabric by claiming discrimination when we do not give in to their demands.
Its about time we get real and stand up for our forefathers rights, we are
CANADIAN Lest we forget it. I am a Canadian & proud of it!
NO MORE POLITICAL CORRECTNESS
NO MORE not saying CHRISTMAS in stores and our schools!
MERRY CHRISTMAS to all !!!
I want to retain my Canada of Birth !!!
P. S. -- Please pass this on to everyone you know!!!
KEEP THIS LETTER MOVING!!
Hope this letter is read by millions of people all across Canada!!

First of all, I can only assume that this was adapted from a letter decrying the decline of American immigration. The "melting pot" phrase is distinctly American; Canadians tend to pretend that we have a "cultural mosaic," although it is possible that the authors prefer the former phraseology. No doubt the writer would declaim the mosaic idea as a phrase coined by the "politically correct", but he'd be wrong - the phrase dates back to the 1930s, in reaction to the American ideals.
This is not to say that our "system" is necessarily any better than the American one. I'm just pointing out that most people who have studied the history would know the difference.
The second paragraph talks about a rush from Europe in 1900 and the learning of English. Canadian immigration policy before 1945 was fairly racist. Our policies favoured Anglophone immigrants, particularly from the United States and England, ignoring those lacking the skills government thought were required to settle the West. Experienced farmers were explicitly targeted. Immigrants of other linguistic backgrounds and nations tended to be accepted for unskilled labour only; building the railroads, for example.
In other words, we only wanted immigrants who already spoke English, and those who couldn't got to pay a tax just to be allowed into the country, so they could do the jobs nobody else wanted to do. Cultural assimilation was not required, as we were just importing more people like we had already.
While it's true Canadian labour law was virtually non-existent before the 1930s and the development of Canada as a welfare state, that's not necessarily something of which to be proud. It is untrue that "nothing was handed" to early immigrants. Early immigration to Canada was characterized by land grants: the Dominion Land Act of 1872 gave 160 acres of land for \$10 to anybody who met previous conditions and would promise to stay on the land for three years and to improve it.
Given that a large number of immigrants to Canada in the early 1900s came from the British Isles or the US (roughly 2.2 million of 3 million between 1900 and 1915, see here for details online), it is unsurprising that Canadians signed up in droves for service in 1914 and 1939.
Despite the letter's assertion, Japanese and German immigrants were not really encouraged to sign up for the military, however, and their numbers were overwhelmed by their British counterparts at any rate. In fact, during the war years Canada had concentration camps of its own, most notably for Japanese-Canadians but those of German and Italian descent were roughly-treated as well.
The statement "None of these first generation Canadians ever gave any thought about what country their parents had come from," isn't entirely correct either. The wars were extremely unpopular in Quebec, and conscription was required in both World Wars to keep the promises of the Prime Ministers Borden and King. The conscription crises caused severe damage to Anglo-Franco relations in Canada. Quebecois saw the wars as problems between the British and German empires, and for the most part wanted nothing to do with dying for an English King.
Canadians have not always "been very open-hearted and open-minded regarding immigrants" fleeing anything at all. We had no rules set aside for refugees; instead, we treated them as we would have any other immigrant. Canada was overwhelmingly anti-Semitic in the 30s, and this combination was - literally - death for Jews seeking asylum from the Nazis. We were not alone in our anti-Semitism, but that does not excuse it. Those fleeing poverty usually only found more of the same in Canada, and were deported by the thousands during the Depression.
Regarding the assertion that hatred and divisions were somehow magically left behind by recent arrivals to Canada, one needs look no further than the continuing rift between Anglophones and Francophones in Canada. Hatred came to a head in the mid-1970s, but did not disappear by any means.
Five minutes with Google (or, dare I say it, a good history book) should demonstrate the fallacy of this letter. The fact that it has any traction at all is testament to poor historical education in our schools and Canadian racism. The letter's author should follow his or her own advice and hit the history books, because the "facts" presented within are unadulterated bullshit. Whoever passes it on as fact should hang their head in shame.