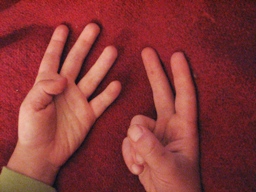 Commenter Sheldon brought up a point I've been struggling with in the comments on a Staples piece, where he quotes my grades from the last Calgary game. Sheldon's comment, to save you the bother of clicking the link and reading through, was "I don't know how you can't have it based on ability and expectations." He'd also like to see things like injuries factored in, and an effort grade.
Off the top, it is stipulated and hopefully obvious that these are subjective grades. I try to be objective, and I'm sure David and others who are pitching in are as well, but ultimately, there's a value judgement made.
The nice guy in me wants to say yeah, if a guy is playing hurt, it's not fair to mark him down for not playing as well as he might otherwise have done. If a guy is trying hard, that's what counts, so maybe Shawn Horcoff did deserve a 7 or even an 8 last game.
I try to make the decisions based on whether or not I would want to see that performance again from that player. Injury reports make it difficult to judge how hurt a guy really is. Not all cases are as clear cut as Pitkanen's tendency towards 'thoroughbred' behaviour vs Smyth's 'I took a slapshot in the mouth and missed one shift.' Grading effort is nice, but it's sometimes difficult to tell the difference between Chris Pronger's effortless stride and Nilsson The Elder's floating.
So it necessarily comes down to exactly this: how many contributions for our team, and how many contributions for their team? While a player who works his butt off every game is a nice feel-good story, if the effort isn't eventually reflected positively on the scoreboard, that player has no place on an NHL roster. Similarly, if a player's battling through injuries is constantly dragging his play down, +10 points for taking a bullet for the team, but -1000 for not knowing when to quit.