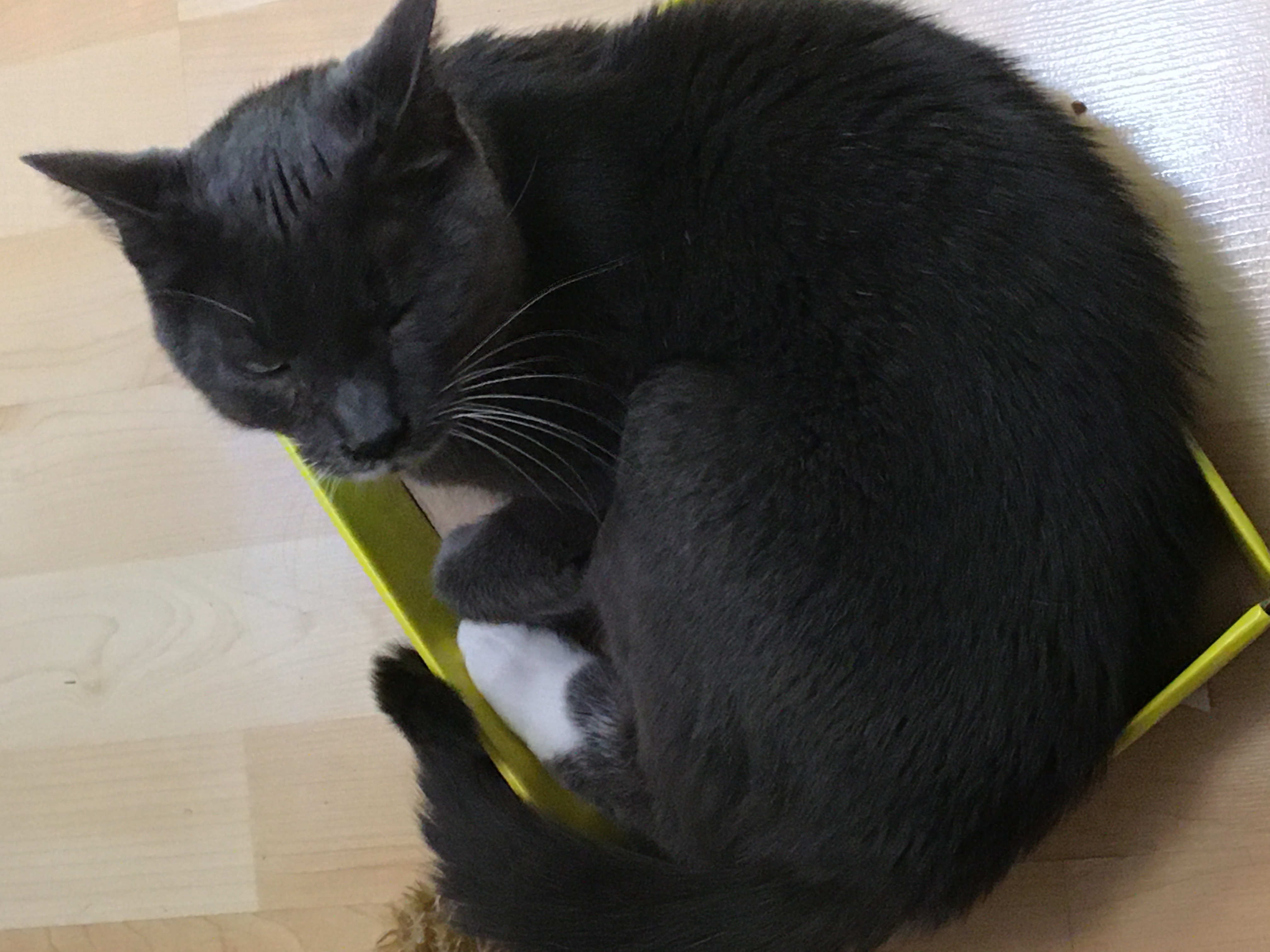 George spent his Saturday morning as he did most weekend mornings: begging for food when I was up stupid early thanks to Mason, then a few hours later coming into the master bedroom when I was talking with Linda. He jumped up for some pats, and I was hoping he'd sprawl out for belly rubs, but he didn't. Then he jumped down and went into the hallway to watch us. A few minutes later, he jerked, fell onto his side and pawed a little at his face, then his hindquarters spasmed, his tail flicked, and he collapsed with a drawn out growl/purr. As best I could tell, his breathing stopped immediately afterwards, and he was gone, all within about 30 seconds. I am heartbroken, gutted, but he died at home near his favourite humans, and as far as I can tell, nearly painlessly. We loved him as best we could for the short time he was with us, and I think he loved us as best he could. A cat's staff can't ask for much more. 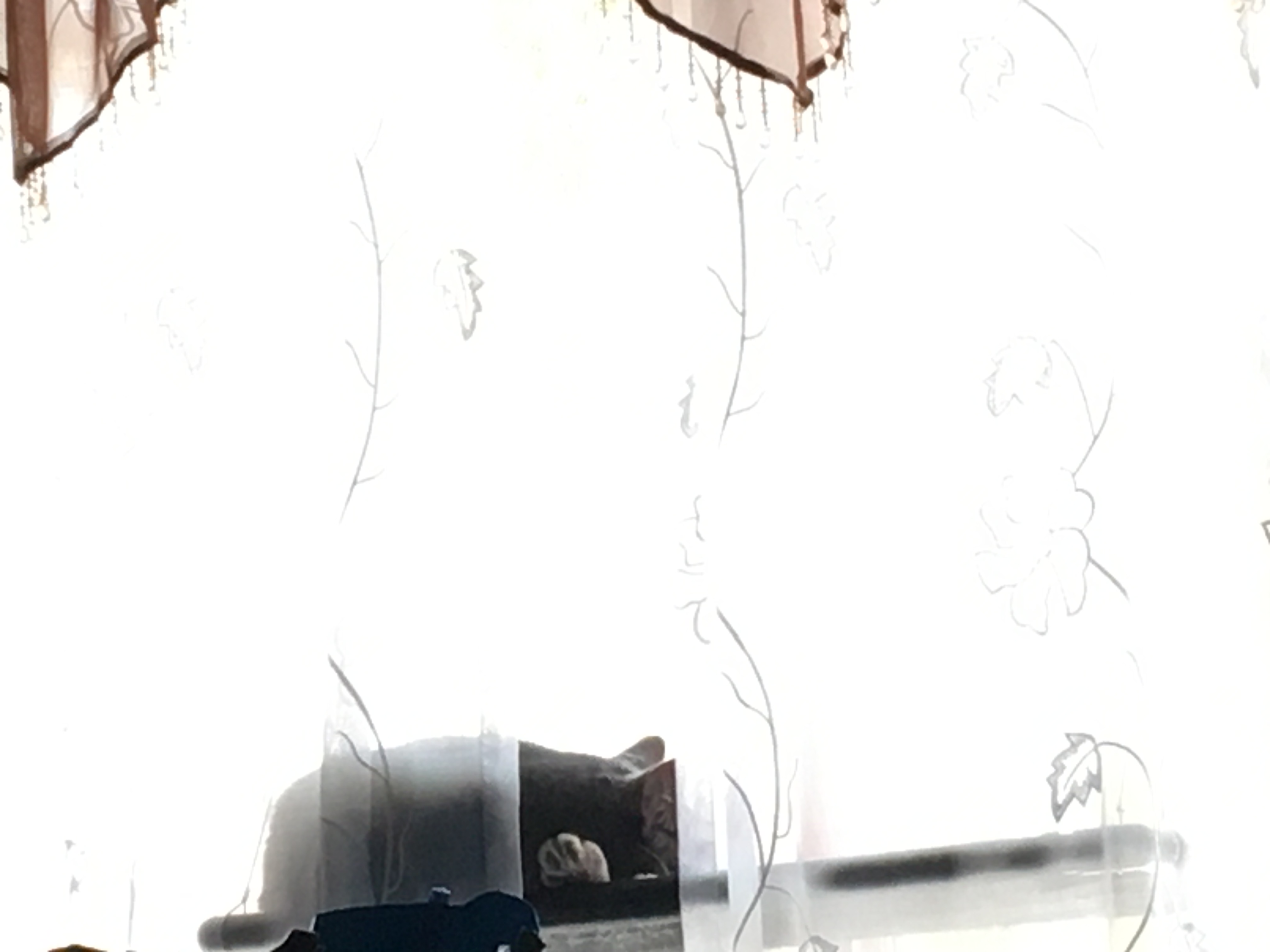