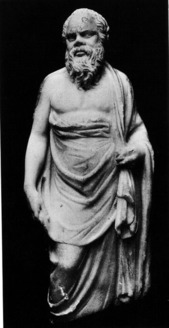 One thing many people are good at is requiring definitions before discussing a particular topic.  If you want to talk about security, for instance, they'll want to lay out what defines a secure system.  Talking about successful hockey teams, they'll want to define metrics for success.  Consciousness, what defines it, and so on.

My prof for the last couple of courses I've taken, Paul Thagard, has said several times that he finds this sort of thinking gets in the way of actually talking about an issue.  At first, I disagreed.  Intuitively, it seems obvious - we need to figure out what we're talking about, otherwise we'll just get confused.  However, the more I think about it, the more I think he's right.  Socratic dialogues frequently started with Socrates asking some hapless citizen "What is virtue?" or some other similar sort of question.  Socrates would question the citizen's definition, poking holes in it until finally the citizen got disgusted and walked off, then voted to make Socrates drink hemlock and die.

I don't know if I'd call Thagard's reasoning Socratic, but sometimes trying to lay out definitions first only gets in the way.  Sometimes it's more useful to simply carry on taking a definition for granted, and to tease out the definition during the discussion.  Maybe it doesn't save time (I haven't checked), but perhaps it can lead to a more interesting and fruitful discussion.

Try it some time.