Everybody who knows me knows I hate most Apple stuff less than anything else. Given a choice - and I have been - I'll default to using a Mac for general purpose stuff, although best tool for the task still rules.
One of "my" profs got a Macbook Pro recently - first one I've seen myself. Being the curious type, the first thing I did was take as much of it apart as I could without voiding the warranty. First thing was a look inside the battery compartment. 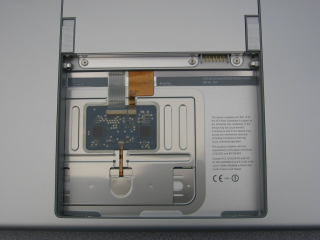 Why is there more or less exposed circuitry in there? I mean, normally you won't be poking around in there too much, but it's reasonable to expect a user to have and use a spare battery, and it's also reasonable to assume that will be in close quarters (airplane seat, say). Why expose more than needs to be exposed?